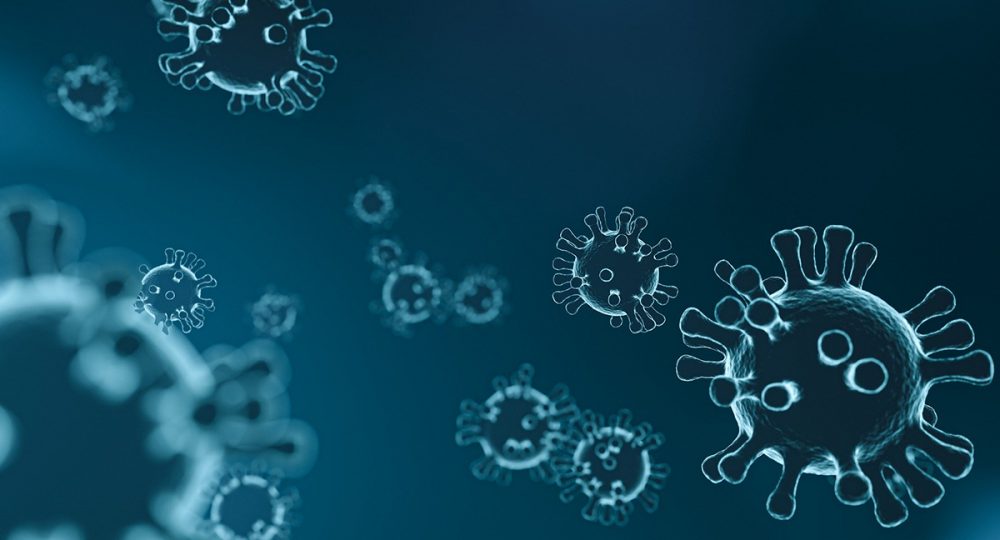 Viruses are sneaky beings. As the coronavirus pandemic is demonstrating, they cross borders quickly and can be highly contagious before symptoms of disease break out. In many cases of infection, a clear path of transmission cannot be determined.

This is equally true of COVID-19 and hepatitis B, a viral infection that affects about 250 million people around the world. Hepatitis B can be transferred from mothers to babies during birth, through unprotected sex and use of contaminated drug paraphernalia.

But the disease is less well known than HIV and less deadly, so testing levels remain low around the world. As a result, hepatitis B continues to spread.

“Patients can be tested and receive their first dose of treatment at first presentation without having to return. Where healthcare is sparsely available, this opportunity to test, identify and begin immediate treatment leads to reduced transmission.”

Now, a new test developed at the National Physical Laboratory (NPL) in the United Kingdom aims to turn the tide against the disease. Once commercialised, the test will consist of a small sensing element that will sit in a hand-held device about the size of a thermometer.
A health worker would take a sample of a patient’s saliva, run the test and receive an immediate result.

This is essential, says Olga Kazakova, science area leader at the NPL, because it means the test can be administered by non-specialist medical staff in low-resource settings.

“It will be perfectly functional in any location,” she tells SciDev.Net, adding that the test would operate on rechargeable batteries. “Specimen collection can take place anywhere.”

Halting transmission is the top priority in the fight against hepatitis B. Without treatment, the disease quickly becomes chronic; once contracted, sufferers will have to manage it throughout their lives. This can be done through safety precautions and regular medication, if drugs are available — and cheap.

Considering the large number of infected people, relatively few deaths are directly due to the disease. Of the estimated 900,000 hepatitis B-related deaths in 2015, most were through secondary causes, most commonly liver cancer.

There is a vaccine against hepatitis B as well as drugs to manage its impact — but neither is widely available in developing countries. But that alone does not fully explain the spate of new infections every year.

The problem lies in the low rate of awareness. The World Health Organization estimates that only about 10 per cent of global sufferers know about their infection. With hepatitis B symptoms often taking six months to appear, and some people showing no symptoms at all until secondary health problems make themselves known, sufferers can spread the virus before a diagnosis is made.

To manage the disease and protect others, patients must be aware that they are sick in the first place. This is where the test could simplify matters.

“Often there is a lack of infrastructure at all levels to support the management of a chronic disease like hepatitis B,” says Maureen Kamischke, director of international engagement at the non-profit Hepatitis B Foundation. “Treatment guidelines are complicated and providers lack the training and the ability to follow up with the necessary tests to determine who should or should not be treated, and to manage those that are treated.”

Once diagnosed, many patients require repeat testing several times a year to monitor progress of the disease. Household members and partners also need to be tested every six months to ensure they are not infected.

This can quickly become an issue in remote and low-income settings, where patients might need to make a trip to a faraway hospital for a test that must be carried out by trained medical staff. The resulting pressure on people’s time and financial resources is a barrier to testing.

“For people living with hepatitis B, the experience is often physically, mentally and emotionally draining,” Kamischke says.

This is where Kazakova hopes the new test can make a difference. Providing an immediate readout along with certainty about the intensity of the infection, the test could negate the need for patients to return to a clinic to receive test results and discuss further options.

“Patients can be tested and receive their first dose of treatment at first presentation without having to return,” she says. “Where healthcare is sparsely available, this opportunity to test, identify and begin immediate treatment leads to reduced transmission.”

One such location is Nkoaranga, a town in the Arusha region in Tanzania. Julius Mollel is a general surgeon at the local hospital. He says that hepatitis B is becoming a major problem in the region.

Cases are increasing, but information is sparse and testing does not happen regularly because of the lack of facilities and low awareness among the population.

“We do hepatitis B screening of all patients who are planned to have surgery,” he says. “In my hospital, last year we had more than 12 cases.”

Sub-Saharan Africa has the highest rate of hepatitis B infection; about six per cent of people carry the disease, and most do not know they do.

But while simplifying testing would enable more people to gain awareness, hepatitis B will not be defeated unless access to drugs improves, says Mollel. In Nkoaranga, infected patients receive treatment with antiretroviral drugs — the same ones used to combat HIV — because drugs to specifically treat chronic hepatitis B, such as daily injections of interferon, are not available or too expensive.

If left untreated, the virus will cause severe health problems. Forty per cent of hepatitis B carriers will die of liver diseases such as cirrhosis and cancer. Cirrhosis has become so ubiquitous in lower-middle income countries it is now the ninth-most common cause of death, making it about as dangerous as childbirth or diabetes.

Sadly, the virus is easily transferred from mothers to children during birth — in China, home to about one-third of the world’s hepatitis B patients, this is thought to be the most common method of infection.

The NPL’s “dip chip” designs have been transferred to partners in China, at Chongqing University and Changzhou Tanwei Nanotech, which has manufactured devices using similar technology.

The NPL test could be used on pregnant women, says Kazakova, in order to determine whether babies need treatment at birth. “This would allow treatment programmes to be activated immediately, which may be advantageous in countries where lab-based antenatal blood testing is not routine,” she says.

When vaccinated within 24 hours after birth, most babies will clear the infection easily. The World Health Organization recommends that all babies should be vaccinated against the disease, no matter whether they are at risk or whether their mothers have tested positive.

While this would ensure blanket protection, under-resourced health services struggle to act on this recommendation. The NPL test would allow for more targeted application of the vaccine

Unfortunately, the cost and availability of vaccination remain a barrier. “Although the hepatitis B vaccine is supposedly very low cost — approximately [USD] 30 cents per dose — [many] health systems do not have the financial commitment and infrastructure to implement birth dose programmes,” says Kamischke. “It would also require a reliable supply of vaccine and the training of midwives in more remote areas to ensure proper administration.”

Despite these remaining problems, there is reason for hope. Across the world, the total number of hepatitis B infections has fallen from 350 million in 2004 to 250 million today. In high-income countries, the disease is nearly eradicated.

This shows it is possible to tackle hepatitis B, says Kamischke, especially with the availability of cheap drugs and instant testing. “Everyone needs to step up and do their part to reduce the cost at all levels,” she says.

This article was originally published on SciDev.Net. Read the original article.

‘We will not sleep with empty stomach’- Household gardens root out food ...