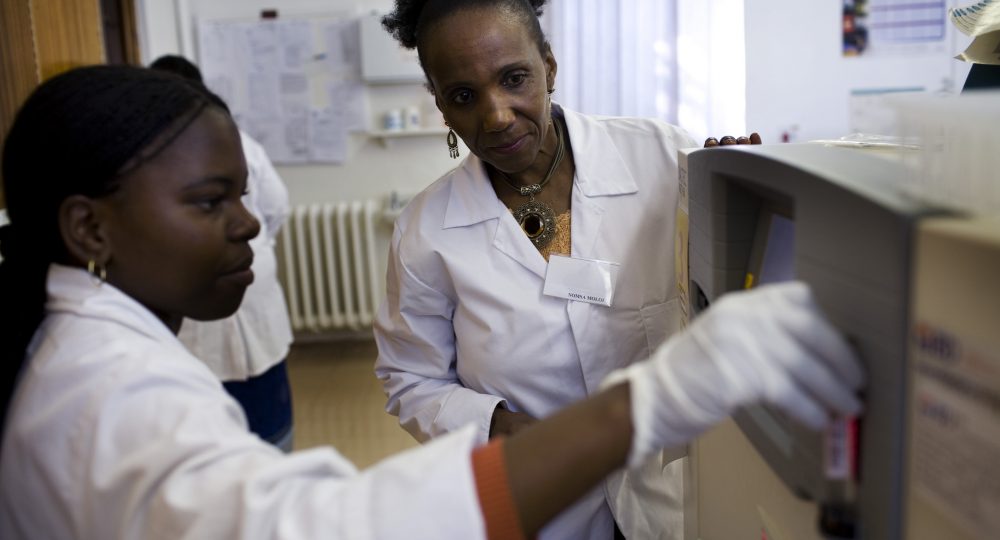 The Mint Group, winner of several Microsoft Partner Awards, has teamed up with Limpopo Health to use AI (artificial intelligence) to cut wait times.

At a media round table during the Microsoft Ignite event in Sandton last week, Microsoft partners explained how the company’s solutions change the way future technologies are used today.

“Working with Limpopo Health was an interesting project,” said Peter Reid, Practice Head of Artificial Intelligence at Mint Management Technologies. “Firstly, the initial pilot was co-sponsored by Microsoft and it wouldn’t have happened without that investment. It was one of those interesting examples where we have the tool, which is AI, and the problem, which is our public health care, specifically primary health care clinics. We often see in our interactions with customers, they come up with a use case for AI that we would never have thought of, which is typical of any cutting edge technology.

“In this case, the customer has public clinics that have several problems. The primary problems were in terms of stock management for medicine.

“They said you’re not allowed to turn away a patient in South Africa at a health care facility. So a patient would come into a clinic and say I need my chronic meds, diabetes medication for example. Because there were no good digital systems, they’ll walk down the road and go to the next clinic and continue this pattern, in order to sell these meds on the black market. So this meant shrinkage for the clinics.

“The secondary problems are customer-facing. They have key management problems. There are typically 6 to 8 queues in a clinic and the social impact is big, which we never realised before we started.

“If you’re going to the clinic once a month and you’re spending a day queuing, that’s 12 days of the year of your leave that’s wiped out just by queuing At a clinic. A lot of problems are caused by taking so much leave, which affects the ability to go back home regularly.”

AI professionals at Mint Group got to work solving the problem using new technology, but not with the intention of applying AI for AI’s sake.

“We said ‘let’s take AI and apply it to your problems’,” said Reid. “We came up with a solution, which is based on face recognition and handles queue management in the clinics. So, as you walk in, if you’re not yet registered, you stand in front of the camera, it takes five to seven images for your profile, scan your ID or driver’s license, it does a Home Affairs lookup to validate who you say you are, then you’re registered on the system. From that point on the record is digital.

“Then you move from station to station within the clinic, which is handled by our queue engine. Every station that you reach can only unlock your patient details when your face is physically present. So that has obvious advantages like in the pharmacy, they can only dispense medication to you if you’re physically there when you’re in front of the camera. We have what we call liveness detection, so you can’t hold up a picture, which is a great way of reducing fraud. But more than that, your digital records are now tied to your face, which is non-transferable.”

“There’s a whole bunch of automatic tracking that’s happening as well,” said Craig Heckrath, an AI consultant at Mint Management Technologies. “We’re using facial identification, as you move from camera to camera. We know when you’ve arrived, until you’re at the front being served, so we can – behind the scenes – track the data.

“One of the things we often get asked is ‘what improvement do they have?’.

“The reality is: before, they had no data, they had no idea how long people queue for, which were the peak times, all that really important information they needed to do proper research management, they couldn’t do that. They just didn’t have the data, which is actually related to machine learning, and automated data is the best kind of data. It’s much cleaner and has less bias built-in, as opposed to somebody sitting over there tracking people, and maybe they get it wrong or they get bored.”

According to Johannes Kanis, cloud and enterprise business group lead at Microsoft, this is just scratching the surface of what’s to come with AI innovation.

“We’re working with customer industries like retail and finance because of the competitive nature of what they’re doing, but they’re not as forthcoming to talk about some of the cases like Mint Group has today. It’s very exciting to see where customers are taking the capabilities of technology and using it to solve business problems, and also drive competitive elements in the market.

“I think we’ve only scratched the surface in terms of what’s possible with AI. In the next 12 months I think we’re going to see a lot of exciting innovations in the industries around us.”